Despite the ongoing conflict in Yemen, thousands of Ethiopians and Somalis are continuing to make a perilous sea crossing, which has already claimed at least three dozen lives this year, the UN Refugee Agency, UNHCR, has warned.

Latest data on sea arrivals shows that 92,446 people arrived in Yemen by boat in 2015, one of the highest annual totals recorded over the past decade. A full two thirds arrived since March 2015 when the conflict began.

With 95 deaths reported, 2015 is the second deadliest year recorded to date. In view of this, and the loss of 36 lives in an incident on 8 January this year, UNHCR is today reiterating its warning to people contemplating the crossing over the dangers of this journey.

"The overall figures are disturbing," UNHCR spokesperson Adrian Edwards told reporters at a news briefing in Geneva on Tuesday (January 19). "People continue to arrive despite unprecedented escalated internal conflict in Yemen and tragically more people continue to lose their lives trying to cross the sea in overcrowded, unseaworthy boats," he added.

UNHCR Somalia and partners have been working with the international community and Somali authorities to improve political, security and socio-economic conditions in Somalia, as well as actively pursuing durable solutions for refugees, returnees and people who are internally displaced.

These efforts aim at providing an alternative to Somalis to undertaking perilous sea journeys to Yemen. The number of Somalis who made the journey to Yemen last year compares to a high of just over 33,000 in 2008.

Most of the arrivals in 2015 were along the Arabian Sea coast rather than the Red Sea coast where in previous years the majority of arrivals were recorded and where smuggling and trafficking networks have been active. Since the escalation of the conflict in March 2015, some of the most intense conflict has centred in Taizz governorate along the Red Sea coast which may offer an explanation for the change in travel routes.

UNHCR's partners continue to patrol the Arabian Sea coast and provide shelter, food and medical care for those rescued at sea or arriving by their own means. People seeking international protection are referred to UNHCR offices in country. As a result of the ongoing conflict along the Red Sea coast UNHCR's partner had to temporarily close its transit centre and adjacent clinic in Bab-el-Mandab.

Many new arrivals are misinformed about the severity of the conflict, believe that the situation has become relatively calm in some of the southern governorates, or are following rumours of improved access into neighbouring Gulf countries.

New arrivals face movement restrictions in Yemen, and there have been reports of some being caught in the conflict and killed. There are now fewer income opportunities and available services, and organized gangs and smugglers continue to operate along the Red Sea coast.

"UNHCR and partners in the Horn of Africa counsel would-be crossers about the inherent dangers of the journey, the realities of the situation on the ground in Yemen and the asylum and assistance options available to them," Edwards said..

Conflict continues to rage in the country and Yemenis are bearing the brunt with over 2.5 million people now internally displaced. Despite severely restricted humanitarian access and security constraints, UNHCR reached over 280,000 internally displaced Yemenis with essential household items and shelter material in 2015.

More in this category: Fighting In Eastern DRC Forces Thousands To Flee »
back to top 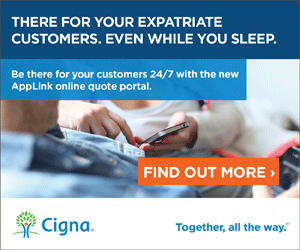